“When my last relationship ended, there was a sense of excitement from some of my male friends in relationships,” John, 36, from Manchester, is telling me. “In their eyes I could once again ‘play the field’ and do some of the things that they probably secretly wanted to do.”

“Depending on where you look and who you listen to, there is an idea that being single in your 30s is normal and even to be desired,” he adds. “I think that’s a bit of an oversimplification, to say the least. The reality is quite different.”

The messaging about being single is conflicting. It is simultaneously cast as consistently fun and ultimately tragic; essential for fulfilment but only truly acceptable in the past tense.

As women, depending on when we were born we know precisely what single life in our late 20s and 30s looks like: a heady mix of Bridget Jones, Carrie Bradshaw and, more recently, or rather more refreshingly, Lizzo.

As an identity, straight female singledom is so packed with emotion that we have entire genres dedicated to it. We speak about it frequently. We rail against it when it becomes stereotyped or commodified, trite or just plain degrading.

The messaging about being single is conflicting. It is simultaneously cast as consistently fun and ultimately tragic; essential for fulfilment but only truly acceptable in the past tense.

But what do we know about the same things when it comes to the (straight) male experience?

“James Bond?” John floats when I ask about societal depictions to which single men are expected to relate. “Too broken to emotionally attach so he just fucks women and kills people.” Not exactly relatable, is it? “There don’t seem to be many male role models living happy, healthy, single lives well into middle age,” he says.

There is an established (albeit very tired) narrative attached to single men in their late 20s and 30s – that they are players, the bachelors, ‘picky’ or dangerously noncommittal. The sticky trope that men don’t (or won’t) speak about their feelings comes into play too, along with other burdens of toxic masculinity. Unsurprisingly, as John says, there’s a lot more to it than that.

“People seem to think that the same pressures put on women to settle down aren’t there with men,” says 28-year-old Dean Westbrook, a travel consultant from Wimbledon.

“It is to a lesser extent with men, of course. But I still have those very optimistic older relatives that send me Christmas cards like ‘to my grandson and partner’, because they assume that I must have settled down by now. I’m an only child and I know my mum would like grandkids. There is a pressure,” he says.

Studies show that he’s not the only one to feel this way. Seventy-one percent of single men told a 2017 eHarmony survey that they felt pressured to get into a relationship, compared to 58% of women. “You just can’t let expectations weigh on you,” Dean adds.

“For me I think the quieter stuff – the week-to-week stuff – is more relevant. A lot of my friends are in relationships, so when it gets to the weekend and I’m asking what everyone is doing, suddenly every man and his dog is off to Center Parcs. You can’t help but think about what everyone else is doing and then, what am I doing?”

“I do think men need to talk about loneliness and disconnection more, especially men who are single and feel cut adrift,” John says.

A lot of my friends are in relationships, so when it gets to the weekend and I’m asking what everyone is doing, suddenly every man and his dog is off to Center Parcs. You can’t help but think, what am I doing? ~~DEAN, 28

He came out of a six-year relationship in July 2019. “Most of my friends are in long-term relationships… You can find yourself alone and men are terrible at asking for help or surrounding themselves with friends, in my experience.”

“I think this is partly because as you get older you stop making new friends but also because there’s a perverse sense that men should be lone wolves who shouldn’t engage with their emotions. You see this a lot in books and films – generally the ones that appeal to men to help them shore up this image. It’s a vicious cycle.”

“I’m lucky in that I have male friends I can talk to about my feelings, who have been through similar things, so I could talk to them about being lonely. But I think that’s not too common and I worry for the men who don’t have people around them that they can talk to about feeling alone, because it’s such a horrible feeling. I can see why the suicide rate among men my age is so high because it can really feel like you’ve failed at life, especially if you buy into society’s messages about what it is to be a man.”

Some studies show that single men report higher levels of loneliness than the majority of other social groups. Others claim that women are better at talking about loneliness. That’s not without consequences: male midlife depression is very common between the ages of 35 and 50, and suicide rates are frighteningly high.

Eliot Small, 30, head of a central London IT department, has been single for a few years after a four-year relationship came to an end. While he’s not actively looking for a relationship currently, he is open to it. But he says that finding a meaningful connection, especially in the age of apps, is increasingly difficult.

I worry for the men who don’t have people around them that they can talk to about feeling alone. I can see why the suicide rate among men my age is so high because it can really feel like you’ve failed at life.  ~JOHN, 36

“I guess I’m okay with being single,” he explains. “But I would like to find someone. The accessibility – of being able to ‘connect’ with so many people, constantly – seems to have ruined something. It feels fickle. People are so fast-paced, they’re texting lots of different people at once… I feel like girls might do this more than men. It can make you feel insecure.”

There’s a slight defensiveness to the way Eliot speaks about this subject, which I come up against several times when researching this feature. Some men are embarrassed to talk about it, others worry about how it will make them look, to say publicly that they’re single and not happy about it. This pressure is universal, it seems – it’s not cool to admit that you want to be loved but we all do.

Unsurprisingly, background also has a big impact on attitudes towards being single among the men I speak to. John tells me that his single friends who have confessed they would really prefer to be in a relationship often have parents who are still together and want to emulate that. Dean’s healthy outlook – “I’m lucky, I have lots of lovely friends, I’m just trying to be decent” – seems to reflect his secure family life.

Eliot, on the other hand, whose mother is Russian and father is British, went through divorce as a kid, before being sent to boarding school.

His views are quite sharp-edged – he talks about men seeking “breeding” and seems resentful of women at times. Later, he says that there is “no rape culture in Britain or the US” and urges me to look up the stats on false reporting. He feels that men can be treated as disposable by women in modern dating. This is something that Dean agrees with, though.

“I had a bad date last month,” Dean explains. “It was a third date and we went to a small gig. I’m not a bad person or offensive or anything, and we seemed to get on well. But she walked out halfway through the gig. I didn’t think that was very nice. I think a lot of people – of any gender – feel that the impersonal nature of apps means you don’t have to be polite. Human decency is a little lost, there.”

While John has only flirted with apps so far, he has found them to be “both good and bad”. They’re good, he says, because he has met people in similar situations to himself. “I’ve found there isn’t a mad panic about being single, people have their own ideas about where they want to go,” he explains. “So it’s nice to know those anxieties about being single aren’t necessarily founded.”

Rejection (and plain bad behaviour) can badly affect your mental wellbeing though, as Dean says. “Being single and dating is fun, but it’s also exhausting. You have to be resilient and sure of yourself. Otherwise, it can just leave you feeling more alone.”

John adds that he’s “found with apps you can feel you’re competing for attention and matches etc. It’s a cold and impersonal environment and, depending on how much emphasis you put on meeting someone there, it can really cause emotional distress. I think men are more susceptible to this because they often don’t have the same emotional toolkit to navigate the world of online communication that women have or require.”

We’re being boxed into identities or stereotypes that we feel uncomfortable in, or that wider social gender stereotyping has created in the first place.

Many of our discussions are underpinned by a familiar feeling – that we’re being boxed into identities or stereotypes that we feel uncomfortable in, or that wider social gender stereotyping has created in the first place.

The men I speak to all recall moments of being on the negative end of a stereotype and feeling trapped by it; for instance, John has noticed that he feels he often has to justify why he’s single at 36. “When I do explain I’ve come out of a seven-year relationship I’m immediately given more leeway, as if it’s okay to be a victim of circumstance rather than a philanderer who is too afraid to commit.”

“I think the most shameful trope for single men in their 30s is the guy too afraid to commit and settle down, who just wants it all his own way,” he adds. “That’s a really toxic stereotype that makes men feel insecure, in my opinion.” 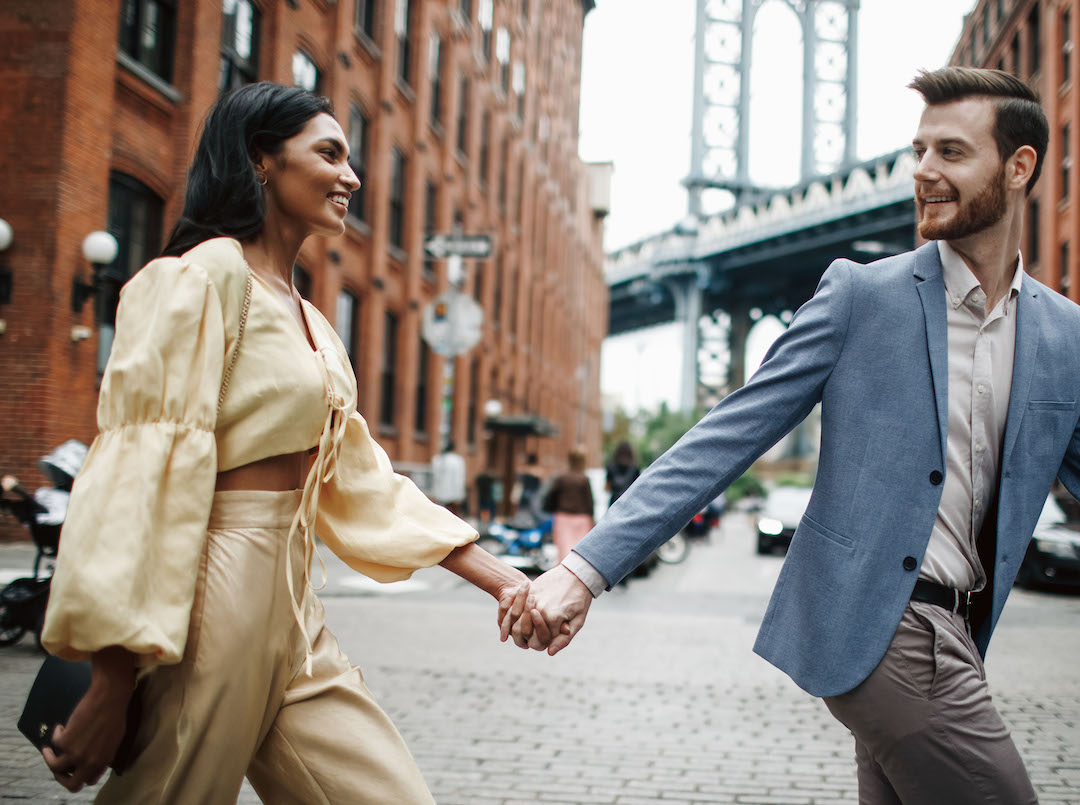 Another friend confides in me that people assume he is an “overgrown child” because he’s 38 and single – a woman in his office made a joke about him not being able to clean and cook.

For what it’s worth, said friend has competed on a Masterchef special in the past (and won). “I don’t think people think my life is very serious because I’m single, 38, and don’t have kids,” he says. Due to financial necessity he lives in a houseshare in London which, he says, “doesn’t help”.

And just as there’s a poisonous and unfounded narrative of failure imposed on unmarried women in their late 30s, John thinks that “people don’t understand that there’s a feeling of failure around having a relationship end in your 30s,” as a man, too.

“For men who constantly receive messages about taking responsibility, achieving and winning, this can be a really big blow,” John adds.

“Ultimately, being single is fine, being isolated is not,” he says. “And there isn’t enough space created in society for men to be one and not the other.”